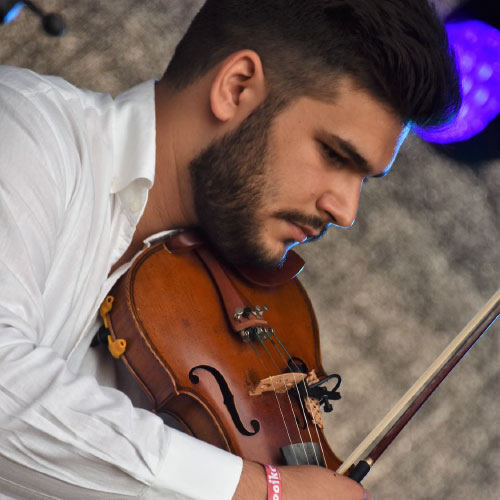 Harry Lygkos was born in 1998 in Athens, and grew up there. From the age of 12 he began his studies at the Music School of Ilion, where he acquired his first knowledge of the traditional violin. He found stimulus for his work with the music and instrument in his experiences at the traditional festivals of Ikaria, a place where he spent his summers from an early age. He has studied with Kyriakos Gouvendas, Nikos Fakaros, Andreas Preka and others, each of whom have deepened his understanding of the sounds of the regional genres of Greece. He is one of the founding members of the Pentaichon. In the summer of 2016, he finished his studies at the Music School of Ilion and began studying at the Department of International, European and Regional Studies of the Panteion University.