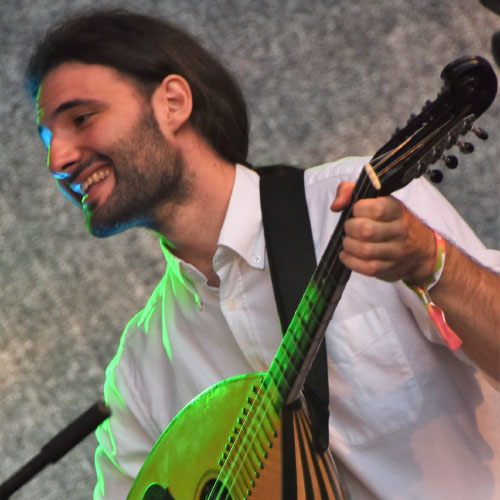 Panagiotis Stathakis was born in 1998 in Athens. At age 13, he started lute lessons at the Ilion Music School, from which he graduated. At the age of 15, he began lute lessons with Christos Zotos. In 2014, he attended a seminar of traditional music and chose to focus on the lute in the summer seminars: “THE ARTS IN DODECANESE III”. In 2016 he began studying at the Department of Musical Studies, at the Faculty of Philosophy of the National and Kapodistrian University of Athens.