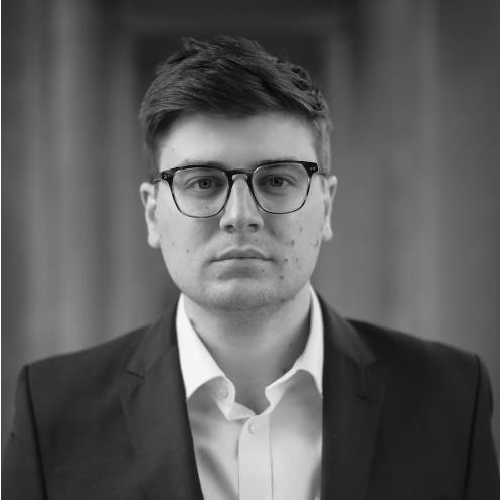 British pianist, conductor and coach, Ashley Beauchamp studied on the Opera Course of the Guildhall School of Music and Drama. He previously graduated from the Trinity Laban Conservatoire of Music and Dance, under the tutelage of Eugene Asti. Highlights for the 2021/22 season include joining the Glyndebourne Tour as repetiteur for Don Pasquale, before returning to Glyndebourne in Spring 2022 as the assistant conductor (and conducting one performance) for the world-premiere of Pay the Piper. Ashley also joins Nevill Holt Opera as Head of Music for their 2022 season of La Boheme and Il barbiere di Siviglia, and is the musical director for Der Freischütz with the Random Opera Company.

Ashley has recently been appointed as Head of Music for Waterperry Opera Festival, having worked with them every year since their inaugural season in 2017. He has been a musical director for two runs of their critically-acclaimed production of Dove’s Mansfield Park, repetiteur for Così fan tutte and conductor for a new production, in English translation, of Hansel and Gretel. For their 2022 season, Ashley will be musical director for staged performances of Janáček’s song-cycle The Diary of the One Who Disappeared and repetiteur and chorus-master for their main-stage production of Le nozze di Figaro.

Alongside the standard repertoire, Ashley is becoming increasingly known for his work on contemporary opera. He was the repetiteur for Gerald Barry’s The Intelligence Park in a co- production between the Royal Opera House and Music Theatre Wales. Also at the Royal Opera House, he has worked on the music preparation for the world-premiere of She Described It To Death (cancelled due to COVID-19) and as repetiteur for Current, Rising – the world’s first hyper-reality opera. For Glyndebourne, Ashley has worked as repetiteur for six world-premieres – Lovers Walk (Styles), Tycho’s Dream (Styles), Nothing (Bruce), Belongings (Murphy) and Agreed (Moody).

Ashley has also worked on productions for Garsington Opera, as a repetiteur for Offenbach’s Fantasio and Rossini’s Le comte Ory. He has a long relationship with Blackheath Halls Opera, working as assistant conductor for their productions of Carmen, Der Freischütz and La belle Hélène.
Passionate advocate of music education and outreach, Ashley regularly runs workshops and projects all across the UK introducing thousands of people of all ages and backgrounds to opera every year. He has a longstanding relationship with the learning and participation departments of the Royal Opera House and Glyndebourne, running countless outreach projects and working extensively with their respective youth opera companies. He is a musical director for the Thames Opera Company, and has worked on projects with English National Opera, Grange Park Opera, Nevill Holt Opera, Garsington Opera, Blackheath Halls, the Brighton Dome, the British Red Cross, Together Productions and many other organisations working to make opera accessible to all.

Ashley is a staff-pianist at the Royal College of Music and the Guildhall School of Music and Drama. In Spring 2022, Ashley joined the staff at Trinity Laban Conservatoire of Music and Dance, as a musical director and coach for the vocal department, working on their Spring- Term Opera Scenes. At Waterperry Opera Festival 2022, Ashley is assisting in the running of their Young Artist Programme – providing development and performance opportunities to their young artist singers and trainee repetiteur throughout the festival. As a collaborative pianist, Ashley enjoys a busy recital schedule with singers throughout the UK. He also performs regularly with internationally-renowned flautist, Stephen Clark.
www.ashleybeauchamp.com