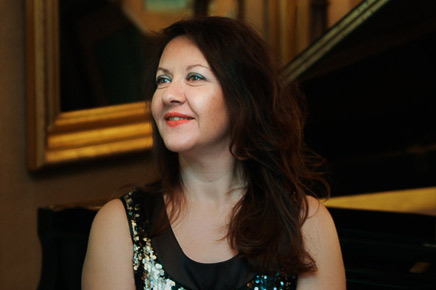 Beata Pincetic was born in Zagreb, Croatia. Ms. Pincetic is a graduate of the Zagreb Academy of Music, and she holds a bachelor’s and master’s degree in piano performance and pedagogy.

She did her post graduate studies at the “F.Liszt” Academy in Budapest where she worked with with professors: S. Falvai, I. Szekely, and I. Gulyas. During her studies she was recipient of a scholarship from the Croatian Ministry of Education. She has participated in seminars with such prestigious names as: P. Sancan, R. Kherer , and K. Katsaris.

Since 2004 she formed a piano duo with her husband Christos Sakellaridis with whom they perform internationally and has recorded a critically acclaimed CD with 20th century music with 2 pianos. She has recorded for radio (E.B.U.)and television.