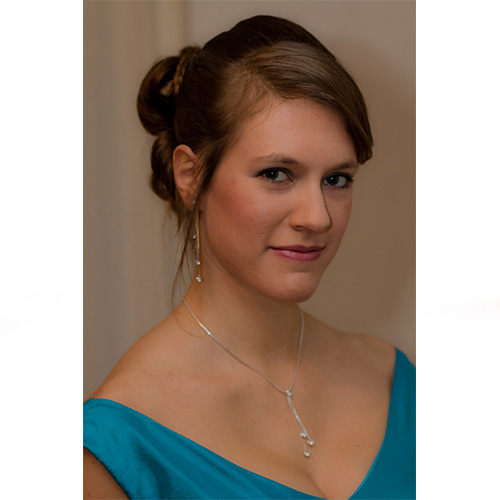 Dymfna graduated from the Diploma program of music and drama performance with Prof. Reto Nickler, Prof. Christoph Ulrich Meier and Univ.-Prof. Claudia Visca in January 2017. There she sang the role of Corinna in Rossini’s Viaggio a Reims.

Since January 2018, she has studied with Irina Gavrilovici.

At the Bregenz Festival in the summers of 2013 and 2014 she sang Dritter Knabe from Mozart’s Die Zauberflöte, and Hirondelle in Simon Laks’ L’Hirondelle inattendue. She also sang Donna Elvira from Mozart’s Don Giovanni at the Stage in Baden in April 2016.

Dymfna has been a member of the Vienna State Opera Choir since September 2016.

Her solo roles at the Vienna State Opera include the Fisherwoman in B. Britten’s Peter Grimes, the Adelige Waise in R. Strauss’ Der Rosenkavalier, the bridesmaid in C. M. von Weber’s Der Freischütz, the Servant in R. Strauss’ Elektra, and the Edelknabe in Wagner’s Lohengrin.