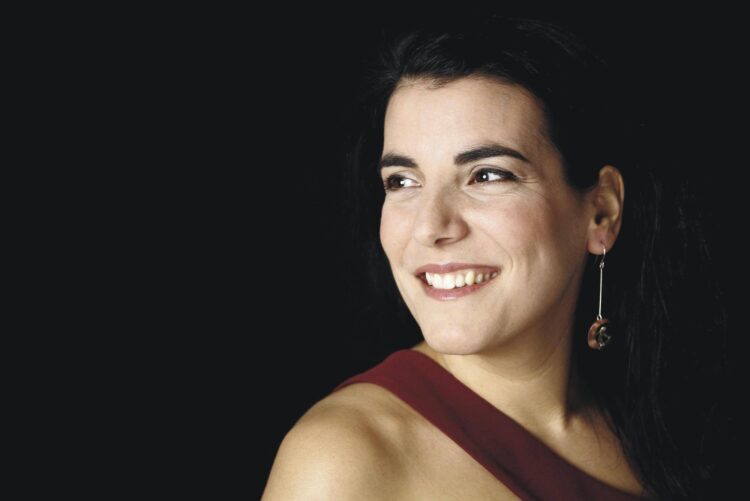 In 2005 Fani Antonelou won the “Grand Prix Maria Callas” in the Maria Callas National Competition in Athens in the category of Oratorio – Lied. She has also won the «Frankfurter Mendelssohn Preis» in 2008 and 2009 and she was a finalist at the «Schubert und die Musik der Moderne» competition in Graz Austria.
She has performed the role of Susannah in the recording for Sony Classical with the MusicAeterna orchestra under the direction of Theodoros Kourentzis (Mozart, Nozze di Figaro/Sony Classical). She has also recorded the role of Ernestina for Rossini’s “Occasione fa il ladro” for Naxos. She has collaborated with Ex Silentio and the Ensemble La Fenice (Ligia). In October 2019 she published her first solo album “Affinities” where she sung works by Greek and German composers of the early 20th century for voice and piano (BIS Records).
She has performed at the Stuttgart Opera, the Perm Opera, Megaron Mousikis in Athens, at the Greek National Opera. She has cooperated with various music ensembles from abroad and has performed in many international festivals all over Europe.
She has performed on stage all major solo parts in works by Bach, Haydn, Mozart, Mendelssohn, Brahms but also Hindemith and Martinu. She performed in the Ermitaz Theater in St. Petersburg in the work “Flares” by Britten. She also appeared in the Attis Theater during 2017/2018 collaborating with “Point Zero” Theater Group and director Savas Stroubos in the staging of Gyorgy Kurtag’s work: “Kafka – Fragmente”.