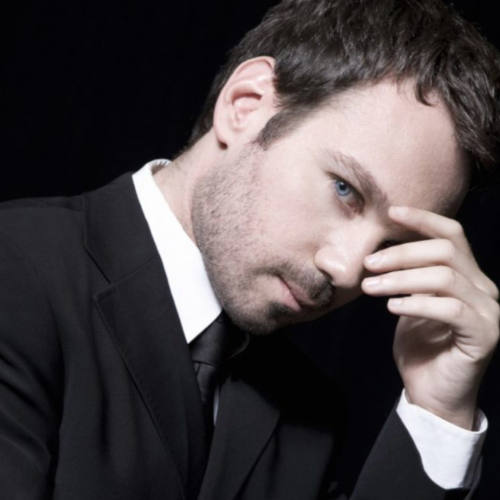 Giorgis Christodoulou first appeared on stage next to Greek singer and composer Arleta. He graduated with honors from a drama school and collaborated as an actor with many theater groups at the National Theater, at various peripheral Greek theaters and free lance theaters in Athens.
He recorded his first album in 1998. He has written music and songs for 12 theater plays. He has recorded 10 personal albums, two of which in Spain and he has sang in Spanish, French and Catalan.
He has toured in most of the towns and islands of Greece but has also toured around Spain. He has participated in various Greek and international festivals. He considers his concerts at the Opera of Cairo and Alexandria, his participation in the Athens Festival as well as his tour in churches of the Balearid Islands as landmarks in his career. His most recent recording is the album “If love was a road” (May 2017) with which he reaches 20 years in discography.