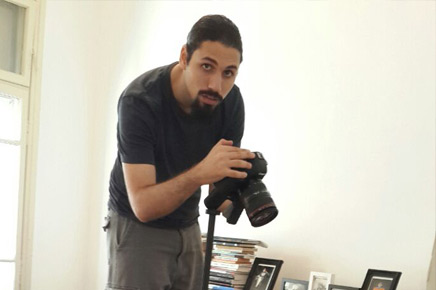 Born at 28/03/1994 in Israel, began his musical training at the age of 14.
Received ​his bachelor’s degree ​from ​The Buchmann-Mehta School of
Music at Tel Aviv University at the end of 2016.
Studied composition with Dr. Ilya Heifets between the years 2010-2012.
Studied with Dan Yuhas in 2013.
Studied with Ruben Seroussi between the years 2014-2016.
A recipient of the Aviva Orshalom Scholarship. (2015)
A recipient of the Siday Scholarship for Musical Creativity, through the
Jerusalem Institute of Contemporary Music. (2015)
2nd prize winner of the Buchmann-Mehta School of Music composition
competition. (2015)
Participated in “Liberty Otherness Responsibility” project by Modalius
Ensemble. (2016)
Will participate as an active composer in “BILKENT COMPOSITION
ACADEMY” under guidance by Mark Andre. (June 2017)
Will participate in “Tzlil Me’udcan” festival by Ensemble Nikel. (July
2017)