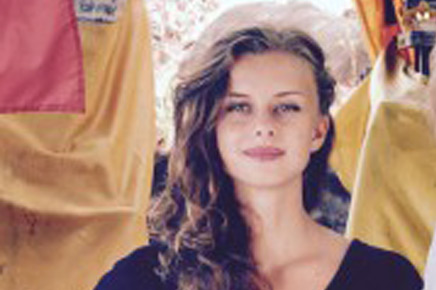 Klara, born in 1993, is currently studying composition with maestro Andrea Portera in the Scuola di Musica di Fiesole, Firenze, Italy. In 2016 Klara finished her studies in classical violin at the Royal Academy in Stockholm.

With a strong foundation in the classical music she never hesitated to seek influences from other genres in her compositions. As a teenager in the music program in high school she also studied piano, conducting and jazz drums.

The will to compose erose early in the young teenage years when she was influenced by latin american music and bach. She made her composer’s debut at nineteen years old with the piece “The Sea” premiered by the professional symphony orchestra “Gävle Symphony Orchestra” in their concert hall in the city of Gävle.

The debut was a success and she received lovely critics from Swedish professional composers such as Mattias Lysell.