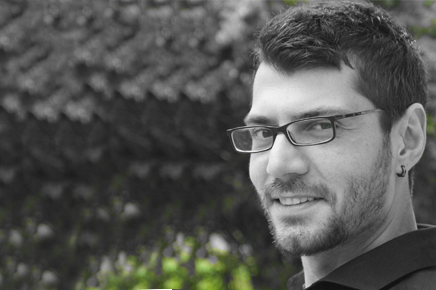 He began his violin studies in the music school of Argyrokastro in Albania at the age of 6. When he came to Athens, he continued his studies in the Modern and Classical Music Conservatory with Nina Patrikidou.

He performed in numerous concerts and recitals from an early age. He continued his studies in Athens Conservatory with Tatsis Apostolidis, with whom he also studied chamber music for many years.

He got his violin diploma with honors studying with Ioannis Tzoumanis, who is Concert Master in the Athens State Orchestra. He has also attended various violin seminars and studied in master classes with Lydia Mortkovitch, Zakhar Brohn, Grigori Zhislin and Leonidas Kavakos.

He has collaborated with many orchestras in Athens, such as the National Symphony Orchestra of ERT, the String Orchestra Patra Soloists and the Greek National Opera Orchestra among others.

He has also performed as a soloist with the Athens State Orchestra, in which he performs as a permanent member since October 2008. He is also a member of the contemporary music ensemble “ARTefacts”.