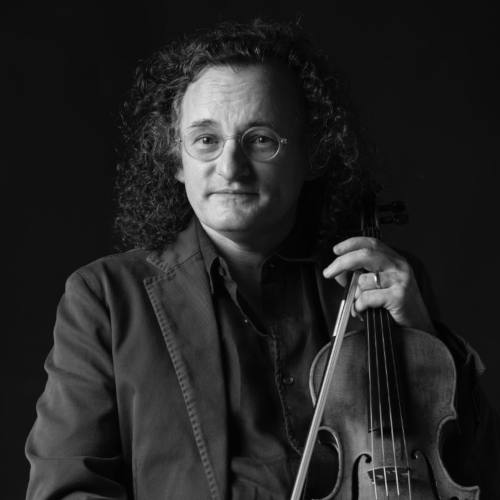 Martin Hayes’s soulful interpretations of traditional Irish music are recognized the world over for their exquisite musicality and irresistible rhythm. He is a master of the slow, lyrical East County Clare fiddling style, which he learned from his late father, P. Joe Hayes, leader of the Tulla Ceili Band.

With guitarist Dennis Cahill, Martin has recorded and toured for over twenty years, performing for President Obama and with such artists as Cassandra Wilson, Bill Frisell, Ricky Skaggs, and the Irish Chamber Orchestra. His many awards include Ireland’s Musician of the Year (TG4), Folk Instrumentalist of the Year (BBC), and Man of the Year by both the Irish Arts Center and the American Irish Historical Society. Martin is artistic director of the annual Masters of Tradition festival in Bantry, Co. Cork and a curator for the Kilkenny Arts Festival. He has collaborated with such extraordinary musicians as Jordi Savall, Brooklyn Rider, Paul Simon, Sting, and Yo-Yo Ma’s Silk Road Ensemble on the recent Grammy-winning album “Sing Me Home.”

Martin is a founding member of Irish-American supergroup The Gloaming, awarded Ireland’s Meteor Choice Prize in 2014. His new Martin Hayes Quartet will tour the US this fall. Their debut album “The Blue Room” is called “nothing short of revelatory” by Glasgow Life