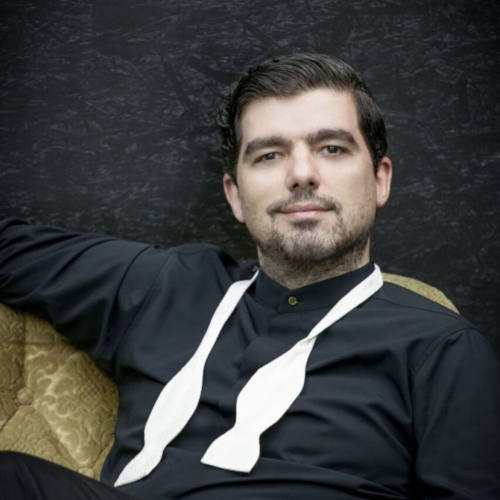 He studied with Aris Christofellis in Greece. He furthered his studies at the University of Maryland – School of Music (U.S.A.) in the studio of Linda Mabbs, as a scholar of the “Friends of Music” society of Athens; he also held an assistantship from the University. He graduated with a Master’s Degree on Voice / Opera Performance. His higher education includes a Postgraduate Course in Lied & Oratorio with Charles Spencer in the Hochschule für Musik und Darstellende Kunst in Vienna.

For many years he has been a regular collaborator of the “Ex Silentio”, “Latinitas nostra” and “Pandolfis Consort Wien” Early Music Ensembles.

He was been awarded the “Best Young Artist of the Year” award by the Association of Theater and Music Critics of Greece, for his interpretation of the role of Arsamene in Händel’s “Serse” in the National Opera of Greece, First Prize at the “TECHNI” National Competition for Lyric Singers, held in Thessaloniki, as well as a few more awards for his participation in recordings, which include the CD recording of Händel’s “Oreste” (2004) and “Tamerlano” (2006) by the German label MDG as well as a CD based on Metastasio’s “Olimpiade” libretto, with the Venice Baroque Orchestra (V.B.O., 2011) for NAÏVE Records.

In 2014 he was the first to revive the role of Ruggiero in Ristori’s “Le Fate” with Ensemble Alraune, a production that was made into DVD.

He lives in Vienna, Austria.-