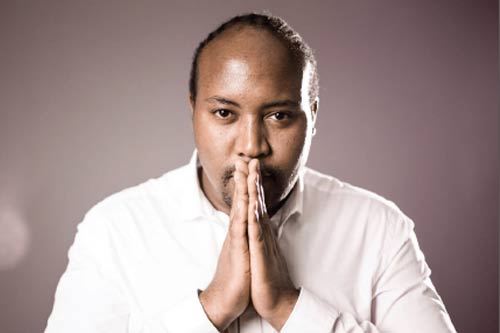 Born in Durban, South Africa, he won a scholarship to GSMD in 2002, sang in the Paxos Festival with them and subsequent studied in Cardiff and USA.
Among his many awards, he won the 2010 Kathleen Ferrier Award , the Royal Overseas League trophy for the Outstanding Overseas Musician and Standard Bank Young ArtistAward in 2014.
He performs roles with ROH including the upcoming The Nose ( Janacek ) and other major opera houses in Britain and Europe. and is the baritone soloist at many festivals with leading orchestras.
He champions his fellow Zulu singers through annual masterclasses in South Africa with this years event immediately preceding the festival.  He has recorded Songs of Home some of which will feature in this event.