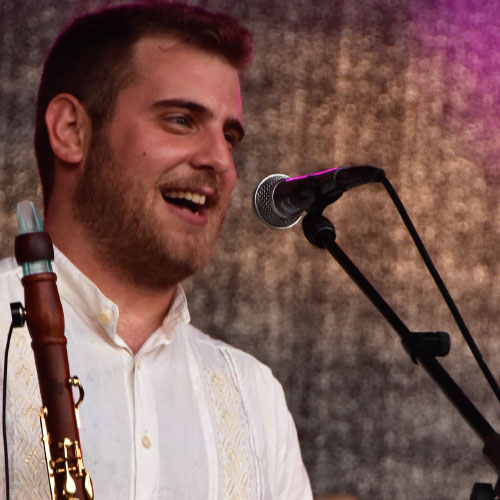 Panagiotis Skouteris was born in Athens in 1997. Due to his special background, he began at 12 learning about the Greek clarinet. At the age of 16, he began the study of the several types of bagpipes played in regional Greek music. He has learned from distinguished folk musicians such as Nikos Filippidis, Giorgos Kotsinis and others. A founding member of “Pentaichon”, he has participated in a variety of music-dance performances, concerts and traditional events throughout Greece and abroad. For the needs of the band, he has concerned himself with the folk song and engaged in the serious study of it. Today he teaches clarinet in conservatories of Athens and promotes the traditional style of playing inherent in new techniques and perceptions.