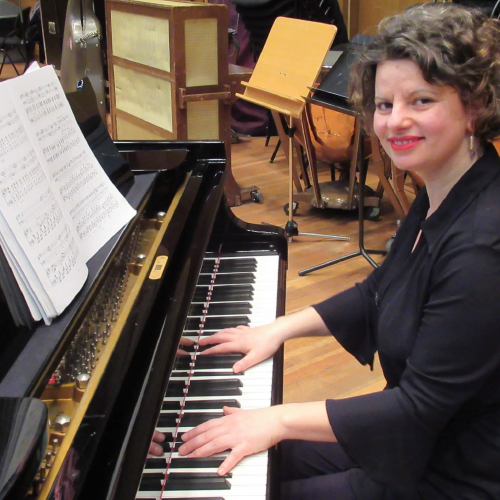 Popi Malapani took piano lessons at the Municipal Conservatory of Kalamata from where she graduated in 1998 and received her piano diploma in 2000. After graduating from the History and Archeology Department of the Athens Kapodistrian University she continued her piano studies at the Essen Academy (Germany) from where she graduated in 2005. She then followed accompaniment seminars for 2 years at the Essen and at the Dusseldorf Academy and piano seminars with Duo Ganev, Lilia Bojiadjieva, Domna Evnouhidou and many others. She has performed in numerous recitals and chamber music concerts in Greece and Germany. She participated in the Athens State Orchestra cycle of concerts “Museum Music Walks” and in the cycle of recordings for the Athens State Orchestra in July 2020. She produces the Aegina Music Festival since last summer. She works as a piano teacher and korrepetitor at the Filippos Nakas Conservatory.