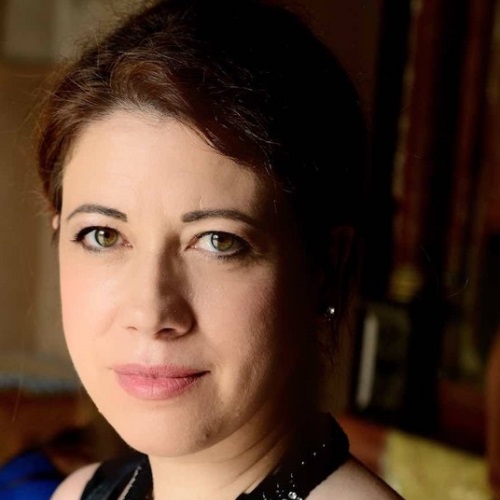 She studied piano and music theory in the Corfu Conservatory; at Athenaeum Conservatory she studied classical singing. She continued her studies in Musicology and Classical Song at the University of London (Hons), Birmingham Conservatoire (MA Music) and at the Universität für Musik Darstellende Kunst in Vienna from where she received her Master’s degree in Lied and Opera singing. She studied operatic repertoire and performance with various prominent professors like F. Voutsino, R. Yakar, H. Wagner καιC. Ludwig. She won scholarships from the AcademieMusicaledeVillecroze,AcademieInternationaldeMusique“Maurice Ravel, “Crear” and Internationale Bachakademie, Stuttgart.

She has also recorded songs and operas by Greek composers for the Alternative Stage of the National Opera, the Department of Music Studies of the Ionian University and for other Music Organizations.