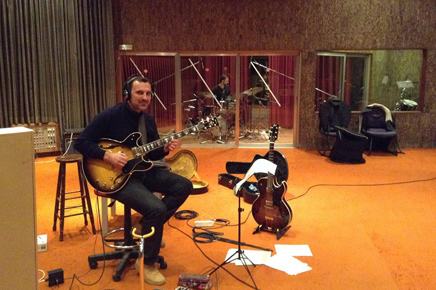 Stefanos Andreadis was born in Athens in 1967. He studied guitar, improvisation and byzantine music. He received his Master of Musical Arts from Nottingham University (UK) in 2002 and his Doctor of Musical Arts in 2005.

He has cooperated with many distinguished musicians as a jazz composer and guitarist in numerous concerts, international festivals, recordings for both Radio and Tv shows. His own works have been performed in Greece, England, Bulgaria by famous Chamber Music Ensembles. He is member of the Greek Composers Union since 2005 and official member of Yamaha Artists since 2010. In October 2010 he acted as General Secretary in the Global Jazz and Improvisation Conference in cooperation with the Ionian University and the World Union Of Jazz Schools.