What will the color of the sea be in a 100 years from today?

George Stamatakis (born in Heraklion, 1979) has been painting since childhood, but only later in life, after obtaining a degree in economics and a career in human resources for NGOs, did he attend art school. Requests to participate in exhibitions in Greece and abroad flocked in, the moment he graduated from the Athens School of Fine Arts in 2019. Ileana Tounta, the celebrated Athens gallerist, took him under her wings. Stamatakis is a compulsive landscape painter. His mostly small and medium-size oil paintings give way, at times, to large canvases and immersive installations. In December 2020 the Hokusai Museum in Tokyo gave him a one-person exhibition which consisted in dozens of underwater seascape photographs taken by the artist (some shot on Paxos), printed on silk and dyed with indigo, following a traditional Japanese technique. The fabric was then hung on rods in the exhibition space and gently swung like sea waves in the breeze created by small fans. The indigo stains that cloud the otherwise clear silk screens are a reminder that colours in nature change according to the chemicals released in the atmosphere and in the bodies of water. The sea, for example, is today a deeper blue than ever in the past and its colour will mutate even further as pollutants keep saturating it. Works of art depicting landscapes always say more about the society that alters them than about nature in its original state. 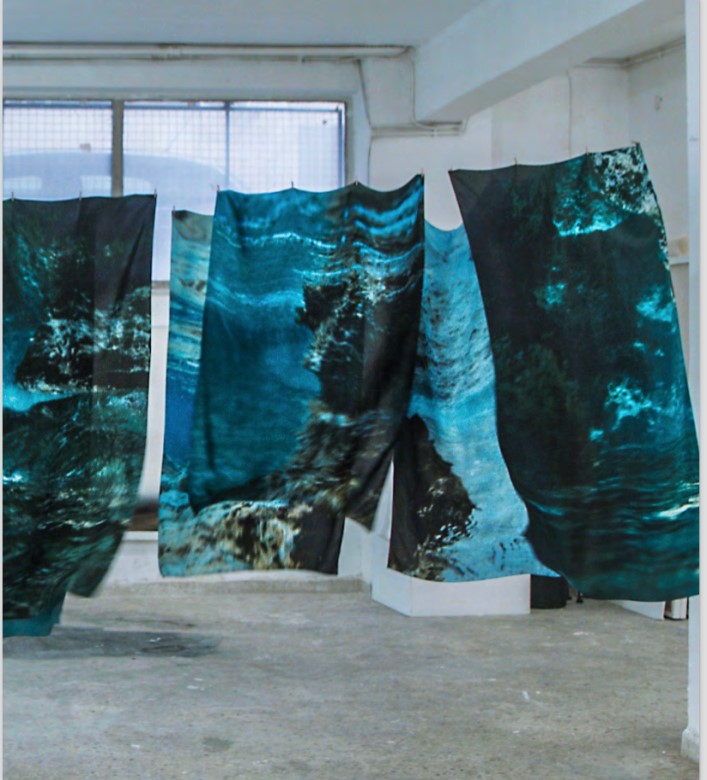