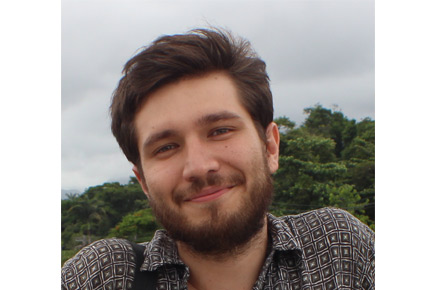 Graduate as a composer and electric guitar performer at the University  of Arts, Science and Communications of Chile (UNIACC) in 2015.Winner of the international workshop of Music composition at the Escuela de Música Contemporánea of Buenos Aires, Argentina (2013).

Participant of the contemporary music festival Copiu with his piece “White Hole” (2015) in Santiago, Chile.At the present time, he continues his composition studies with the renowned chilean composer Andrés Maupoint.

As a music producer and arranger, he has collaborated with various artists with his work, like the strings arrangements for the album “Aquí en el barrio” (2015) of the famous chilean songwriter Eduardo Gatti, Has worked 2 years (2014 – 2015) as a recording assistant of the recording studio La Cripta.

Currently he works as music producer in his own music studio La Célula.